Silverio did an amazing job

I have a very steep driveway that was in absolutely terrible shape. Silverio did an amazing job removing the old driveway and leveling it all off and repaving. They were very professional, showed up when they said they were going to show up, and were the most reasonable quote I received. Shortly after the driveway was done, we received very heavy rain, which washed out some of the foundation of the driveway and clearly needed to be addressed. I called them on a Saturday morning and heard back first thing Monday about needing to add a curb to the driveway to prevent the water from going where it shouldn’t. The owner gave me his cell and they came out to add the curb within a week. I really can’t recommend this company enough. 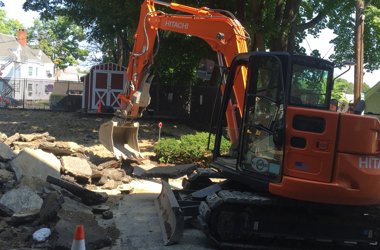